The Bristol Urological Institute at Southmead Hospital is welcoming the publication of the results of the largest UK study of prostate cancer treatments.

The study, which involved patients in nine UK centres, was the first to evaluate the effectiveness, cost-effectiveness and acceptability of three major treatment options: active monitoring, surgery (radical prostatectomy) and radiotherapy for men with localised prostate cancer. Results published in New England Journal of Medicine this week show that all three treatments result in similar, and very low, rates of death from prostate cancer.

The trial found that active monitoring of prostate cancer is as effective as surgery and radiotherapy, in terms of survival at 10 years.

Surgery and radiotherapy reduce the risk of cancer progression over time compared with active monitoring, but cause more unpleasant side-effects, the study found. 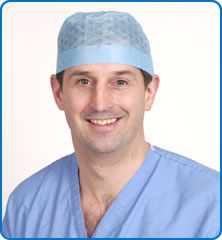 Edward Rowe, Consultant Urologist at Southmead Hospital, said: “This is a landmark study that is going to change the way that we manage low-risk prostate cancer so that we don’t over treat these men and subject them to the side effects of treatment.

“It gives us the confidence to safely monitor these men with low risk prostate cancer.

“We will be able to reassure these men that they will not need to rush into radical treatment and we can monitor them and they may not need any treatment at all.”

Mr Rowe added: “We are all very proud to be part of the study. This confirms Bristol’s place at the forefront of prostate cancer management and a leader in this field.”

The research team measured mortality rates at 10 years, cancer progression and spread, and the impact of treatments reported by men.

The research team found that survival from localised prostate cancer was extremely high, at approximately 99 per cent, irrespective of the treatment assigned.

Radiotherapy caused more bowel problems than surgery or active monitoring. Overall quality of life, including anxiety and depression, were not affected by any treatment at any time. Half of the men stayed on active monitoring over the 10-year period and avoided treatment side effects.

Chief investigator Professor Freddie Hamdy, from the University of Oxford, said: “What we have learnt from this study so far is that prostate cancer detected by PSA blood test grows very slowly, and very few men die of it when followed up over a period of 10 years – around one per cent – irrespective of the treatment assigned. This is considerably lower than anticipated when we started the study.

“However, treating the disease radically when found reduces the number of men who develop spread of prostate cancer, but we do not know yet whether this will make a difference to them living longer or better, and we have been unable to determine reliably which disease is lethal, and which can be left alone.”

Co-investigator Professor Jenny Donovan, from the University of Bristol, said: “This is the first time radiotherapy, surgery and active monitoring treatments for prostate cancer have been compared directly. The results provide patients and clinicians with detailed information about the effects and impacts of each treatment, so that they can make an informed decision about which treatment to have. Each treatment has different impacts and effects, and we need longer follow up to see how those balance out over the next 10 years.”

Anne Mackie, Director at Public Health England Screening said: "The National Screening Committee has been following the ProtecT trial closely. The results of this study will provide men and their doctors with key information needed to manage localised prostate cancer.”

Mortality and Clinical Outcomes at 10 years’ Follow-up in the ProtecT Trial is published in the New England Journal of Medicine.

The Bristol Urologial Institute is involved in research that is trying to understand how we can improve the quality of life of men and women who suffer from these conditions.