Catching the mood of the move.
How did the move go and how did the staff feel about it? 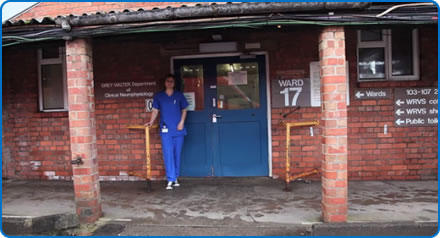 What’s Our Story was an ambitious project to capture some of the memories, thoughts and feelings of staff as they moved from the old and much-loved hospitals of Frenchay and Southmead into the new Brunel building in 2014.  Mary Ingoldby collaborated with Simona Piantieri and Sheila Hannon to distil some of these poignant, funny, and interesting memories into an exhibition, film, and theatre performance.

During the busy and emotional lead up to the move, staff were always accommodating and generous. They were interviewed, photographed, filmed and took part in writing workshops. This project has recorded, interpreted and preserved a little piece of this collective experience.

Frenchmead, eight theatre pieces derived from staff writing workshops and interviews, was performed by professional actors in the atrium at the Fresh Arts Festival in October 2014, directed and produced by Sheila Hannon of Show of Strength Theatre Company.

What’s Our Story, an exhibition of Simona Piantieri’s photographs and quotes from staff interviews, is located in the atrium and the stairways to the Emergency Department in the Brunel building.