The team of 12 were put through their paces by Army, Royal Navy and Royal Air Force teams in a number of staged scenarios aimed at seeing if the teams have what it takes to enrol as reservists. 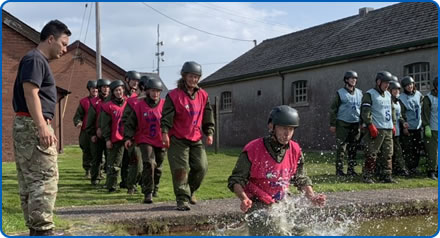 The annual event saw NBT’s team up against 20 other trusts from across the region.

The weekend challenge saw teams take on a number of gruelling challenges including a complex planning exercise, rifle shooting and treating a casualty under fire.

It was NBT who came out on top ending Salisbury Hospital’s two-year winning streak. 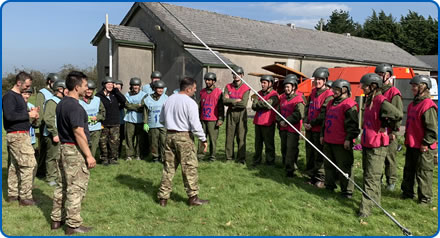 Sam Turner, Consultant and Team Captain, said: “We dared to dream about winning, but could not believe it when it was announced.

“It was a fantastic experience and one I highly recommend.” 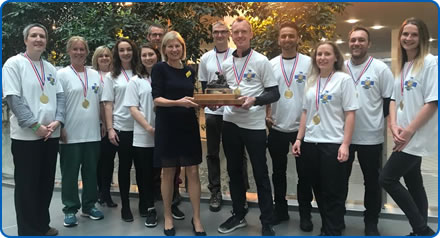 “Many of the team had never worked together but they showed great togetherness and I’m thrilled they brought the trophy home.”

The team are continuing to meet and will be taking on the Weston 10k Christmas Cracker.