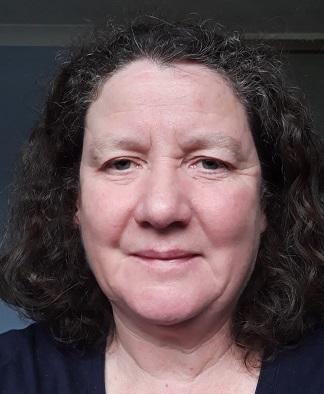 A North Bristol NHS Trust (NBT) midwife, a non-executive director and a lab scientist have been recognised in the Queen’s New Year Honours.

Infant Feeding Specialist Midwife Marion Copeland has been awarded a British Empire Medal in recognition of her work supporting mums and babies in Bristol and the wider South West.

Non Executive Associate Director Ade Williams, a pharmacist from Bedminster, has been made an MBE for services to the NHS and to the community in South Bristol, particularly during Covid-19.

And Jonathan Turner, formerly head of laboratory operations at Severn Pathology, has also been announced as an MBE for his services in the pandemic.

Marion runs specialist feeding clinics and also helped to set up the South West Milk Bank, which provides donor breast milk for premature and vulnerable babies if their mother’s own milk is unavailable.

Marion said she was “shocked and very humbled” to receive the honour, which was a good way to celebrate the “great things that have happened in Bristol and NBT.”

She said: “I am pleased that this award means infant feeding is being recognised. I feel passionate about having the feeding clinic and I think it has been a really good service for mothers.

"There are so many people in the hospital worthy of the recognition, so many unsung heroes. Everything that was mentioned in my nomination has been down to team work, it’s not just me.”

Bedminster Pharmacy Superintendent Pharmacist Ade Williams and his pharmacy team, have delivered 50,000 COVID-19 jabs since the start of the vaccination roll-out. On one day earlier this month they ran a non-stop 13 hour clinic where 1,617 vaccinations were given.

In the first stages of the pandemic under Jonathan’s leadership, the South West team at the Bristol laboratory played a critical role in establishing the initial national diagnostic response to COVID-19, alongside other regional laboratories.

NBT Chief Executive Maria Kane said: “We are so pleased to see our wonderful colleagues recognised in the Queen’s New Year Honours!

“Ade has been a hugely valued member of our Board and it is so satisfying to see that all his hard work supporting the health of our community has been honoured.

“Marion is very passionate about supporting mothers and babies with feeding and I am so pleased that the work she has done to change the lives of thousands of people has been recognised.

“And it is great to see Jonathan Turner from our Severn Pathology partnership being honoured for the lab’s heroic efforts to step-up the testing response to the pandemic.”

NBT Chair, Michele Romaine, said: "I am so thrilled to see members of our NBT family being recognised for their passionate and dedicated service to our communities.

"I want to congratulate Ade, Marion and Jonathan who are shining examples of the sort of caring and compassionate people who work at NBT.

"Well done to them and thank you to the thousands more who are committed to delivering healthcare for our patients and their families.”