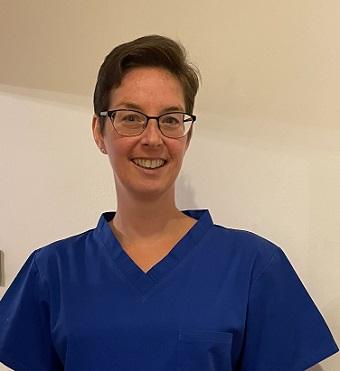 Jenni is a nurse on the Neonatal Intensive Care Unit at Southmead Hospital. In October 2015, she had a liver transplant. Here she explains more about why she needed her transplant and how it inspired a change of career.

Hello, I’m Jenni and I’m a neonatal nurse at Southmead.

As a young teenager, I was diagnosed with Auto-Immune Hepatitis. My immune system was attacking my own liver and I was heading towards liver failure. I was started on a cocktail of medications- steroids and immune-suppression- but was advised that I would likely need a liver transplant one day.

I managed well for a long time on just the medication. I struggled with fatigue and was floored by any illness such as a cold and as someone who wanted to get out and enjoy a busy, active life, this was really frustrating. Despite the challenges, I made it through university, studying English and then Business, and even spent two years running my own clothes shop.

In 2011, I moved to Bristol. I noticed that I was finding things harder and was tiring more easily. I reduced my hours of work and my time off was often spent resting rather than exploring. In 2014, I started getting regular infections which left me hospitalised. Each time this happened, my liver function worsened.

In early 2015, I met the criteria to be listed for transplant and went through a lengthy assessment process. I was listed in March 2015 and 7 months later, after one failed call, my transplant took place in October 2015.

With two bouts of rejection, recovery was tough but after eight months, I was able to start going back to work. It was only really a year later, as I got back to nearly full strength, that I realised how poorly I had been pre-transplant. At this point, I realised that I wanted to give something back to the NHS that had looked after me nearly my whole life and decided to retrain as a paediatric nurse.

My training was tough as I knew that full time work was going to be exhausting for me. COVID bought yet another challenge as I had to shield during what would have been the last year of my training. Without it though, I would never have ended up at Southmead NICU. As a low risk area, it was one of the few placement areas that were safe for me to complete my studies. With lots of making up to do, it meant that I spent nearly six months on the unit and I fell in love with it! Two months after completing my placement, I was back as a newly qualified staff nurse.

Since my transplant, I have not only been able to retrain to do a job that I love, I have more energy to live the full and active life I’d always hoped for. I recently got married to someone I would never have met had my transplant not taken place. I am able to walk my dogs, go wild swimming and travel to places that I would never have seen.

I will always be indebted to my donor and her family. I cannot imagine what the family went through but during the toughest of times, they were able to have a conversation and agree to something that has saved my life. The UK now operates an Opt Out organ donation register however, your family still have the final say at the crucial moment so please, let them know your wishes.