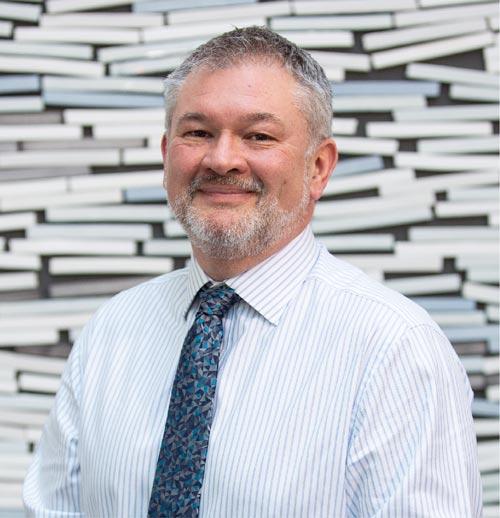 Tim Whittlestone has been appointed as North Bristol NHS Trust Medical Director on a permanent basis following an open recruitment process.  Tim previously occupied the role on an interim basis.

Tim will start in his new role straight away, taking a permanent seat on NBT’s Executive and ensuring that its deliberations have the benefit of strong and experienced clinical input.

Originally from Yorkshire, Tim trained in Cambridge, the South West and the United States.   He has been an Urology consultant for 20 years, with ten of those spent in the BRI and a further ten in Southmead.  He was the Speciality Lead Urology at the BRI and then Clinical Director for Anaesthesia Surgery Critical Care and Renal division at NBT.  He then became the Deputy Medical Director at NBT before becoming Interim Medical Director in August this year.

Between January 2020 and June 2021 Tim spent 18 months working outside of NBT when he was Chief Medical Officer for Bristol Nightingale Hospital.  In this role he was accountable to seven acute trusts.  He then became the Clinical Lead for the Bristol Mass Covid Vaccination programme.

In a professional capacity, Tim is keen on innovation and technology – in 2020 he was named as one of the top 20 Global Healthcare Innovators.  In his personal life, Tim enjoys painting with his daughters in St Ives.

Commenting on his appointment, Tim stated: “I’m delighted to have been appointed to this critical role and am looking forward to making a real difference on behalf of our patients.  I’ll do so through working closely with colleagues the length and breadth of NBT and I can’t wait to harness their enthusiasm and expertise.  I’ll also place great emphasis on partnership working as part of the wider NHS system.  There are countless items on my to do list and I recognise how pressurised things have been of late.  But I am optimistic about the future because of the calibre of individuals who work here.”

Welcoming Tim’s appointment, Maria Kane, Chief Executive of NBT said: “Tim brings with him a wealth of experience as well as a can-do attitude evidenced by the extraordinary way he lead the Bristol Nightingale Hospital project and the Mass Vaccination programme.  He’s not content to stick with the status quo if improvements can be made and his ability to innovate is exciting.  He’s already made an impact on the Executive in his interim role but now that he has been appointed on a permanent basis via a competitive process, I’m looking forward to working closely with him as we continue our efforts to drive positive change for the benefit of our patients.”