First patient reports ‘the impact has been amazing’

DBS is used in Parkinson’s to improve tremor and other movement symptoms not sufficiently controlled by medication. Regulatory approval exists for DBS across the world but take-up remains limited to less than 5% of people with Parkinson’s. This is in-part due to the cost and complexity of the surgical procedure to implant a DBS device.

DBS improves symptoms by delivering electrical impulses directly to targeted areas deep within the brain, overriding abnormal brain-cell firing patterns arising in Parkinson’s. The Picostim™ DBS system, developed by Bioinduction, is the world’s first miniaturised electrical impulse generating pacemaker battery which is about one third of the size of conventional DBS devices. This means the battery, that provides electrical impulses down wires extending into the brain, can be implanted directly into the skull, rather than within a pocket under the skin of the chest. Being able to place the battery in the skull makes it cosmetically invisible and eliminates the need for extension leads running from the chest, and tunnelling of these wires under the skin of the neck.

It is hoped that by using this new system, the procedure to implant a DBS device will be shortened and simplified; reducing time in theatre, complexity and cost, while increasing patient satisfaction. It may also reduce the need for patients requiring revision surgery to repair fractured wires.

If the trial is successful, it will be possible to treat more Parkinson’s patients more easily. In the trial at North Bristol NHS Trust up to 25 patients will undergo implantation of the new system and will be followed-up over a one-year period.

Dr Alan Whone, Consultant Neurologist, at North Bristol NHS Trust, who is leading the trial said, “We are delighted with how this first case went in the operating theatre and with how the patient’s symptoms have been improved over the last year. We are hopeful that if these findings hold-up, we will have a significant technical advance by which to improve Parkinson’s care across the world”.

The Trial’s first patient Tony received his device in November 2020, and said: “I was first diagnosed with Parkinson’s nine years ago when I noticed a slight tremor in my right hand.  The most difficult thing to accept is the decline in daily activities like tying-up shoelaces, taking three or four minutes instead of seconds.

“When I heard about Deep Brain Stimulation, it was a way of doing something to help me to be able to do these things, a way of fighting back.

“I heard about this miniaturised DBS trial and thought, if I was going to have DBS anyway, then to have the Picostim™ positioned in my head rather than in a position where it could be seen made sense. It also saved three hours surgery time, so potentially helping other Parkinson’s sufferers have DBS treatment made sense.

“I was pleased to be accepted on the trial. The surgery was quick and to my amazement, when I woke-up I had no pain.

“I was operated on a Wednesday and went home on Thursday afternoon, I felt tired but, I still had no pain.

“The impact has been amazing, the dystonia which is a side effect from the medication has gone.  I can now walk two miles or more, whereas before DBS, I could get about 200 yards then I would have to rest. I am back playing golf, not as well as I used to, but that’s probably down to old age catching up; but at least I’m back playing.

“To say I am happy about having DBS is an understatement, it’s a great way to give somebody their life back.”

Video showing the trial's first patient Tony before, and after the DBS operation. 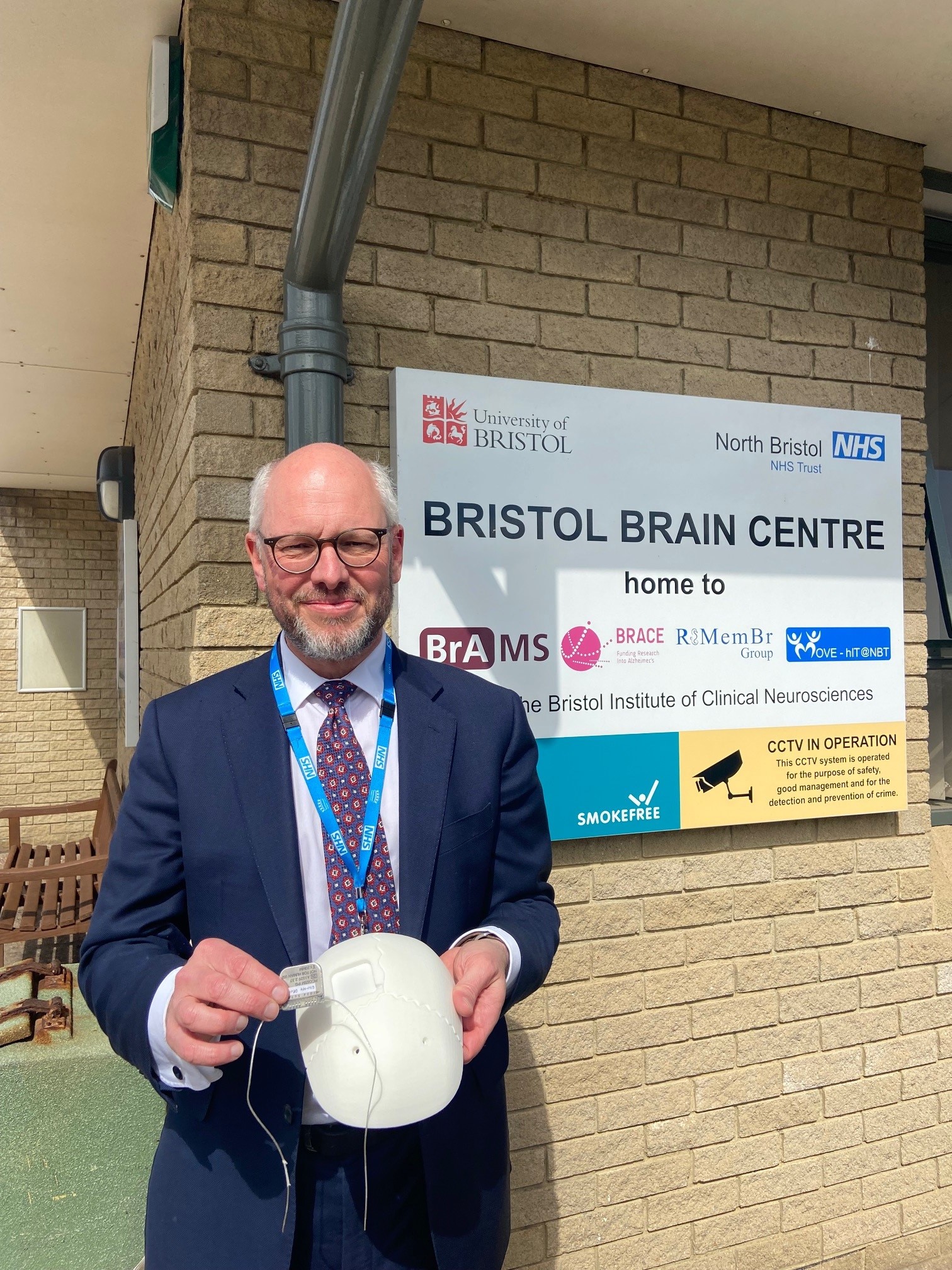