North Bristol NHS Trust acknowledge that older people are an important and growing population in our community. We celebrate the fact that our population is living longer and commit to providing care and support for patients, carers, and their families. Our aspiration is to provide the best possible care and support for people living with Dementia and those who care for them in a holistic way. 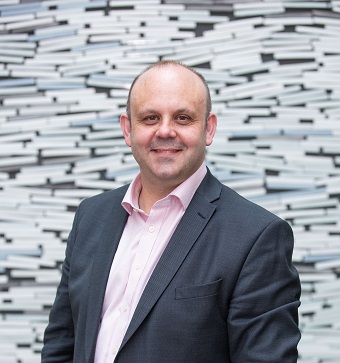 At North Bristol NHS Trust, we are committed to our focus of providing a high quality care for people living with dementia. We will deliver this through our dedicated workforce and amazing volunteers, developing their skills and knowledge through innovation and research.

A key aspiration of Challenge on Dementia 2020 (DoH 2015) is to create dementia friendly hospitals.

The National Dementia Action Alliance and Dementia Friendly Hospital Charter (NDAA 2019) contribute to improving the experience and outcomes for people with dementia in hospital care.

Within this strategy, there is recognition of the importance of taking a holistic person-centred approach when we deliver care. We recognise the need to support and engage with our patients who have dementia, their carers and family.

Our vision is to put individuals at the centre of their own health and care. People will be inspired and supported to care for themselves more and to take an active role in how we provide care and treatment at NBT. Our services will become more joined up, informed by public decision making and where possible closer to or at home. Access to our leading-edge hospital and specialist services will be simplified and capable of best caring for the population we serve.

Our aspiration is to provide the best possible care and support for people living with dementia and those who care for them.

“Dementia is a long-term condition affecting memory, cognition, health and behaviour experienced by the person and their family/carers that can benefit from proactive planning, timely treatment, support and compassionate care”. Department of Health, Making a Difference in Dementia: Nursing Vision and Strategy (refreshed September 2016).

To empower people to have a more active role in their own care.

To ensure that people who use services and the professionals who provide care work together as partners.

Empowering people in their own care involves three core steps.

We recognise there is more we can do to make this happen and need to start by sharing the journey of improvement that we have been on and giving patients and the public full confidence in the services that we provide.

We aspire to move towards understanding and involving the public more in decision making, using consistent and agreed co-design methodologies.

A positive patient experience is about getting good treatment in a comfortable, caring and safe environment delivered in a reassuring way.

It is about having information to make choices to feel confident and feel in control. It is about being conversed with and listened to as an equal, treated with honesty, respect and dignity.

In NBT this is about communicating information to enable patients, family and carers to make informed choices. To feel supported is central to decision making and being in control. This requires an environment that enables candour and proactive listening.

NBT works to make enhancements to the environment for people with dementia.

NBT will work to promote social interactions and the use of art to create opportunities to ensure we provide the best experience for our patients and their families and carers.

NBT is committed to work in partnership with dementia charities and local providers. Within NBT we will grow and continue to support our dementia and carer champions.

Purpose of the Strategy

The launch of Challenge on Dementia 2020 (DoH 2015) is to create dementia friendly hospitals, and since the National Dementia Strategy in 2009 much has been achieved nationally and locally.  However, dementia care continues to provide challenges to maintaining our achievements, toward implementing our objectives and planning for the future.

The aim of the strategy is to provide a clear overview and understanding of how staff and volunteers at NBT can support people with dementia when they are in our care.

This support could be as an inpatient, attending outpatients or day services or as family members or visitors to our hospital.

The Dementia Strategy sets out the objectives for exceptional healthcare personally delivered for people living with dementia recognising the vital role that family and carers provide.

Fundamental to NBT providing support is the relationship with the person living with dementia, the patient, the family/relative/carer and the healthcare professional.

The Carers Trust (2015) described this as the carer’s ‘Triangle of Care’. 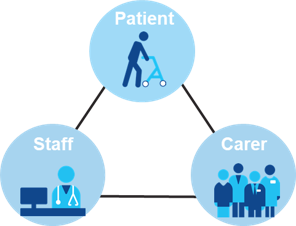 This promotes safe care and support through communication.

The number of people with dementia is increasing and this presents a significant and urgent challenge to health and social care, both in the numbers of people affected and the associated costs for their care.

There is no cure in sight and new, effective treatments are years away. More than one million people will be living with a form of dementia as of 2022, and this is set to rise significantly by 2025. As this number rises, so too does the number of families impacted by dementia, and the need for specialist advice and support( Dementia-UK- Strategy 2020-2025).

An estimated 25,000 people of Black, Asian and other Minority Ethnic (BAME) origins live with dementia in the UK – a number which is expected to increase sevenfold by 2051. Diagnosis is more likely to occur at an advanced stage of the illness, while there is a lower take-up of mainstream dementia services.

The most common complication leading to hospitalisation in the older population is due to delirium; occurring in 30% of patients attending emergency departments. It is significant that the incidence of delirium is higher in those with pre-existing cognitive impairment (dementia). It is therefore important to assess for and recognise delirium ‘an acute confusional state’ as it can be treated.

Ongoing research continues to look to prevent dementia and find ways of managing the quality of life for those living with the disease.

Modifying lifestyles may reduce the risks of developing dementia. (WHO 2019)

Dementia is a key priority for the NHS and can affect anyone whatever their gender, ethnic group or class.

In Bristol there are an estimated 4,500 people living with the condition. Over the next 30 years, we expect that number to increase by a third.

In North Somerset there are over 3,100 people living with dementia.

North Bristol NHS Trust dementia team accepts referrals from all wards and departments providing assessments and ensuring appropriate ward based care for patients with dementia. The team delivers training to all staff members. They coordinate, advise and support a wider team of dementia and carer champions throughout the Trust.

NBT is fully committed to Johns Campaign; the right for carers to stay with patients with dementia, and the National Dementia Action Alliance (NDDA) dementia statements; that reflect the elements that people with dementia and their carers say are essential to their quality of life.

Ensuring our strategy is delivered

The terms of reference and membership of this group will be reviewed to ensure the team is able to support delivery of the strategy.

We have engaged with patients when developing this strategy; to listen to and understand their views from their personal experiences of acute hospital care. Below are direct quotes that they shared with us:

"It is wise for the Doctors and Nurses to know you have Dementia and understand the history of the sort of problems you have had in the past.”

“It is also important they know you are a whole person… to put everything into context.”

“It is important that your carer in my case my wife is involved and knows what is going to happen.”

"Also important to all of us is that our carers know because we will forget."

“Importance of family and carers being involved and present when decisions are being made around plans because we (the patient) can forget.”

“We want referrals to dementia services ... not just ‘memory ‘ services because gives so much more.”

“I have very specific problems so it is very important to go to the same staff who know me. I feel secure and confident then. It doesn’t matter if it’s not the same ward but to know (the same Consultant) will come to see me”.

This is what NBT aims to provide for people living with dementia.

Objective 4 - Workforce: We will have an informed, confident and competent workforce

How we will measure and improve our dementia care

Through the Dementia Strategy Group we will develop a work plan related to the objectives and Trust values driven by:

This strategy will require us to continue to build on the achievements and the commitment and energy of staff, volunteers, partner organisations and patient and carer representatives to ensure delivery.