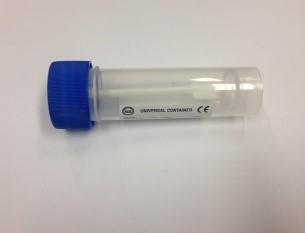 Reference range: High Risk if FC >250 mcg/g
If the test result is above 250mcg/g, the patient falls into the high risk group as there is a 46% chance they have IBD. An urgent referral to gastroenterology should be considered via eRS (or direct access colonoscopy if that is patient choice and considered clinically appropriate).
If acute severe colitis is suspected then patient should be discussed with on call gastroenterology team as admission may be appropriate.

Low Risk if FC <100 mcg/g
If the result is less than 100 mcg/g then risk of IBD is very small (<2%) then alternative diagnoses such as Irritable Bowel Syndrome should be considered. Invasive investigations such as colonoscopy are not normally recommended at this stage unless there is still strong clinical suspicion of bowel pathology.

Referred outside NBT for analysis? No