The ReMemBr Group is made up of a diverse group of researchers and clinicians. 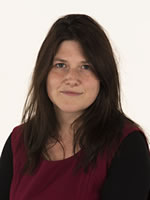 I trained in Oxford, London and Newcastle before settling in Bristol as a consultant senior lecturer in dementia neurology. I divide my time between clinical neurology and research into dementia and cognition. As a clinician, I see people with neurological illness and run specialist clinics in dementia, cognition and Huntington's disease. As a researcher, with the support of BRACE charity, I established the ReMemBr group where clinicians and researchers work side by side aiming to improve treatments for people with dementia and understanding brain systems that underpin cognition.

We are a flourishing clinical research community with weekly research meetings and regular attendance at national and international conferences. Current projects include clinical trials aimed at slowing dementia progression, a programme of work to better understand how dopamine in the brain contributes to memory formation and trials of medications that might enhance thinking and memory. We also have an active programme of work in Huntington's Disease. Please see the research tab for details of our different projects.

For details about my publications and other activities visit www.bristol.ac.uk/clinical-sciences/people/liz-j-coulthard/publications

Dr Margaret Newson is a Senior Clinical Neuropsychologist at North Bristol NHS Trust, and an Honorary Senior Lecturer in the Department of Experimental Psychology at the University of Bristol.  She has both clinical and research duties within the ReMemBr group.  She obtained a PhD in Clinical Neuropsychology from the University of Windsor (Canada) in 1999 and has been working in Bristol ever since.  She has been part of the clinical research team since its beginning in June 2011.  In her clinical role she is involved in designing the test batteries used in Cognitive Neurology and Dementia Clinic, training and supervising the assistant psychologists who administer the tests, and interpreting the test results so they may be used by the Neurologists to facilitate diagnosis.  She also meets with patients to discuss their test results when a medical cause for their difficulties has not been found.

Her research interests include developing ways to predict high versus low risk of developing dementia using cognitive and psychological tests.  Her work is supported by BRACE.  One recent project has looked at how many people diagnosed with Mild Cognitive Impairment fail measures of test performance validity (failure on these measures could mean that the cognitive test results are not valid and therefore should not be used as a marker of brain dysfunction), and examine non-neurological factors that might be related to failing these measures.  BRACE recently awarded Dr Newson and Dr Coulthard a PhD Studentship to look at the impact of interventions for people with subjective cognitive decline.

I have been working with the ReMemBr Group as a Research Administrator since April 2017. My main duties include assisting the team with all of the administrative elements of the day to day running of research studies. I also help with document management, diary management, patient appointments, data entry telephone queries, coordinating site visits, liaising with Research and Development and external sponsors. 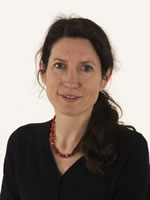 I trained in Oxford and London and am now a NIHR clinical lecturer in Dementia at the University of Bristol.  My main research interests are in biomarkers for early Alzheimer's disease, but I also work closely with the Brains for Dementia Research Project. 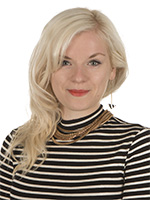 I completed a MA(hons) in Psychology (1st) at the University of Glasgow and a MSc in Neuroimaging at King’s College London before starting my PhD here in Bristol in October 2014. I have a particular interest in memory, healthy ageing, dementia, epilepsy and Parkinson's Disease. To study these processes I use a variety of different techniques, such as behavioural testing of cognitive ability, pharmacological alterations of neurotransmitter activity, and neuroimaging - including magnetic resonance imaging of the hippocampus, diffusion tensor imaging, electroencephalography of sleep, and I look forward to getting involved in some intracranial recordings of humans too.

My work is jointly funded by the Medical Research Council and BRACE. 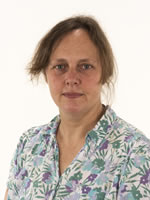 Louise Gethin qualified as a Registered General Nurse in  1988.  She has spent time working in the UK and New Zealand and has NHS and Charity Sector experience.  Within the Dementia field she has worked with people in Elderly Care settings.  Two years were spent working with people with AIDS-related brain impairment within a  palliative care home.  For the last 18 months, she has been working as a research nurse on studies for people with Huntington’s Disease and Parkinson’s.

Useful links related to her work are: 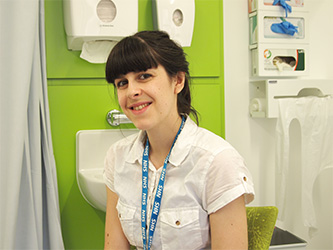 I trained as a nurse at the University of the West of England, graduating in 2009 with a first class honours degree.  I have a broad clinical background including experience as a staff nurse on a busy stroke ward.

I started working as a research nurse for dementia studies in September 2014. I work full time on dementia research as part of the ReMemBr group, based at Southmead Hospital in the newly opened Brain Centre.

The studies I work on include, the RADAR trial, TOMMORROW and ELAD.

Dr Gary Christopher is a Senior Lecturer in Cognition and Ageing.  He is co-founding member of the new Psychological Science Research Group (PSRG launch scheduled soon).  He is a recognised expert in cognitive function and emotion regulation, with a particular focus on ageing and mental health.  He has published widely in the field.  In addition to this, Dr Christopher has published a range of papers on the psychopharmacological and behavioural effects of caffeine.  These papers systematically address a number of key methodological issues associated with the impact of caffeine on performance.  His journal articles include a highly-cited paper on the impact of depression on working memory.  He has published a authorative single-authored text on the psychology of ageing (The Psychology of Ageing: From Mind to Society, Palgrave).  He is currently Series Editor for Routledge for a new range of clinical texts, and he is in the process of writing two titles in this series, one on dementia, the other on depression.  His current research is funded by the Alzheimer’s Society and BRACE (a Bristol-based charity that funds dementia research).  In the past, his research has been funded by substantial grants from the Economic and Social Research Council (ESRC; caffeine) and the Department of Health (mental health), as well as industry-funded projects by the likes of Nestlé and Wrigleys.  Dr Christopher is a member of the Bristol Health Partners Health Integration Team for Dementia Research, ReMemBr Group (University of Bristol, North Bristol NHS Trust), the British Society of Gerontology, and the British Psychological Society. 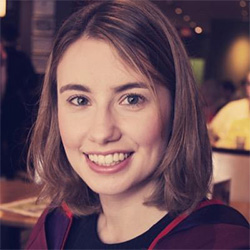 Marta completed her first degree at King’s College London in Pharmacology. She continued her studies at Imperial College London achieving an MRes in Translational Medicine. The research project conducted at the Neuropathology unit, under the supervision of Dr Stephen Gentleman and Dr Michael Kalaitzakis, focused on nucleus basalis pathology in Parkinson’s disease dementia (PDD) and dementia with Lewy bodies (DLB). Marta continued her studies at the University of Bristol and completed her PhD at the Dementia Research Group. Marta’s research explored the relationship between amyloid-beta and alpha-synuclein in Parkinson’s disease, DLB and PDD. Her project was sponsored by the charity Bristol Research into Alzheimer’s disease (BRACE). Marta joined the ReMemBr group in 2016 and is involved in the cognitive clinic and various research studies, including the genetics of Alzheimer’s disease, the effect of exercise on sleep and cognition and the European Prevention of Alzheimer's Dementia (EPAD). 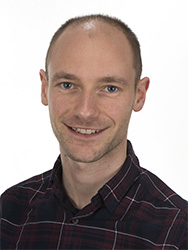 I joined the ReMemBr Group as a Clinical Research Fellow in September 2017. I graduated in medicine from the University of Liverpool in 2010 and have previously completed core psychiatry training. I have over three years of experience working in mental health services across the North West. I obtained Membership of the Royal College of Psychiatrists (MRCPsych) in 2015.

I am passionate about research and improving the lives of those affected by dementia. Bristol has an excellent reputation for neuroscience. I therefore made the decision to move here and completed an MSc degree in molecular neuroscience at the University of Bristol. I was involved in the DOPAMIND trial for my research project. This study aims to test whether dopamine medications can improve memory.

My current role includes seeing patients in our cognitive clinics and I am involved in several research projects. One study involves using home sensor technology to assess the behaviour of people living with dementia. Another study will look at sleep patterns and how they relate to biomarkers of Alzheimer’s disease. The work I do for these projects will form the basis of my PhD. I am also involved in the European Prevention of Alzheimer’s Dementia (EPAD) study and the Reducing pathology in Alzheimer’s Disease through Angiotensin taRgeting (RADAR) trial.

I currently work as a Research Assistant and Assistant Psychologist within the ReMemBr Group team. Recently I worked on the SleepQuest study looking at the effect of the COVID19 lockdown on sleep and mental health in individuals with or without dementia. My role in the Mild Cognitive Impairment (MCI) clinic includes completing Neuropsychological assessments with patients, and generating reports based on assessment scores.