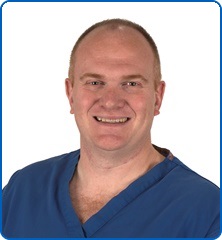 Mr Paul Bevis trained in Vascular and Endovascular Surgery in the South West and in Birmingham.

He was appointed to the Bristol, Bath and Weston Vascular Network in 2015 and is the Clinical Lead for Complex Endovascular Surgery.

He has a special interest in aortic disease include thoracic, abdominal and thoraco-abdominal aortic aneurysms/dissections. He has extensive experience in EndoVascular Aneurysm Repair (EVAR) using Thoracic, Branched and Fenestrated devices as well as open aortic surgery.

He also has interests in the management of critical limb ischaemia and vascular access for haemodialysis.