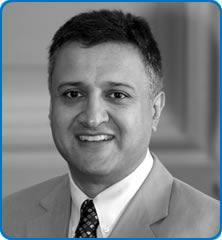 Clinical interest: : Care of the critically-ill and injured patient, resuscitation, cardiac arrest, and anaesthesia for urology and adrenal surgery

He works mainly in the Intensive Care Unit, and also anaesthetises for major urological and adrenal surgery, especially during robotically assisted operations.

He has an interest in patient safety, with the aim of ensuring patients receive the right care in a timely manner with outcomes they value.