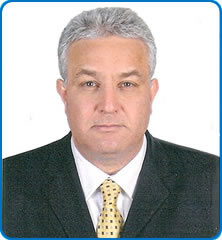 Mr Sherif Abdel-Fattah completed his MD thesis in Glasgow in 1994, undertook general Obstetrics & Gynaecology training in Yorkshire, then fetal medicine training in Bristol. He was Consultant at St Michael’s hospital in Bristol from 2002 before moving to Southmead Hospital in April 2008.